How to subtract in Excel (minus formula)

How to Edit Drop Down List in Excel (find, add and remove items)

How to Create Drop Down Menu in Excel (Drop Down List)

The importance of fresh content on your SharePoint intranet 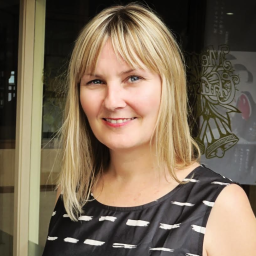 The old adage ‘content is king’ originated from an essay written by Bill Gates in 1996 and is specific to the content found on websites and company intranet pages.

Users rely on visual clues to confirm that they’re in the right place and viewing content that’s relevant to them.

If your intranet (or public website) has out of date logos, old photos or documents that reference a date from 4 years ago, users spot the old stuff and immediately assume that everything else on the site is also old, useless and out of date.

That sounds a bit harsh eh? Not everything that’s old is useless or no longer relevant, but where systems usage is concerned, perception is key. 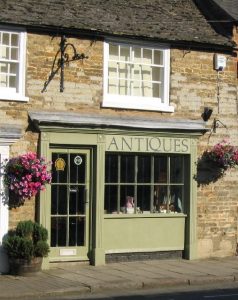 Take the example of my client who utilised their SharePoint really well.

All staff used their intranet to access templates and forms and the Sales team stored their proposals in a Sales Team doc library – generally they had great uptake and staff were engaged. However, an old YouTube video had been embedded front and centre on the Home page.

Unfortunately, the video’s title was also the date it was created, so when users landed on the intranet’s Home page, the first thing they saw was a piece of media content that displayed “April 2012”.

An engagement survey later revealed that even though many aspects of the intranet were well used and useful to them, most staff admitted that they had little to no trust of the content specific to the Home page – all due to the unfortunate naming of the YouTube vid.

The video itself (a humorous reminder about the importance of safety in the workplace) was still relevant, despite being a few years old. But the fact that a date, that by the very nature of dates and time passing, was ageing by the day and so prominently displayed on the Home page, was giving the perception that all content on that page was from 2012 and therefore must be outdated.

Another example a client shared with me demonstrates how users have an expectation of fresh content.

The intranet administrator had displayed a Dilbert comic on the Home page of their intranet. He’d change the comic strip weekly, so every Monday the users expected to see a new Dilbert strip.

User’s expectation and anticipation of a new week/new Dilbert was so high, that if the administrator ever forgot to update the strip, users would start logging help desk calls reporting that “the intranet is down”.

In this case, he had created a reason for the users to use the intranet. He felt it was “just to see a stupid comic strip”, but I maintained that he provided a meaningful reason for staff to visit the site, and that Dilbert was acting as a low-tech visual clue that everything was ticking along as it should be; the intranet was up and running, and as long as the new Dilbert cartoon strip displayed every Monday, everything was working well.

Staff enjoyed reading the weekly cartoon and felt reassured that a new comic strip each week meant that all the other content was also reliable and current. Staff were drawn to the intranet and could reasonably expect all other content to be ready to access and action/read.  One user gave feedback that Dilbert started his week, after reading the new comic on the intranet – he’d then get stuck into work.

So, what are the lessons you can takeaway?

For information on how we can help you with SharePoint training and intranet development please contact us.  We also offer training in Microsoft Office, Office 365 and OneNote.

If you enjoyed this you may also enjoy

Susan is a dedicated and energetic IT professional with over 25 years experience working with world-class IT systems, methodologies and organisations and over 20 years of experience in training and development. She has the knack of relating to users, easily translating techie-speak and complex system processes into real-life terms to ensure learners ‘get it’. She specialises in identifying your business issues and any barriers that stop users from getting what they need from their technology.